This book is the last in the trilogy of ‘Faction’ books to go alongside ‘Flight into Darkness’ and ‘Questions of Guilt’. They are the final stories written by Tom Neil and once again describe real people and events but with names and situations modified to keep the personalities involved anonymous.

Acts of Fate is based upon the author’s own experience of visiting pre-war Germany and his subsequent friendship with two happy and carefree German teenagers during the long hot summer of 1937. Although the war makes them ‘enemies’, their friendship never dies.

Jonathan Kerr exposes a darker side to squadron life during WWII where an unsavoury character’s personal ambition and influence bring tragedy and a burning desire to see justice done.

An Unusual Period of Rest is Tom’s final short story and contains several incidents that he encountered, particularly during his eventful time as a Chief Flying Instructor in Lincolnshire. Various memorable characters and events produce experiences of frustration, discontent, humour and tragedy in this compelling final tale. 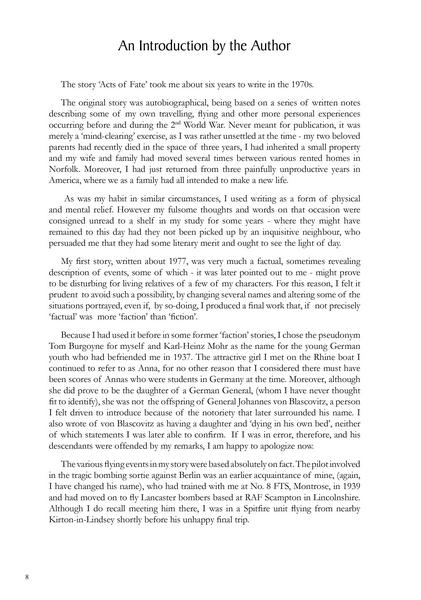 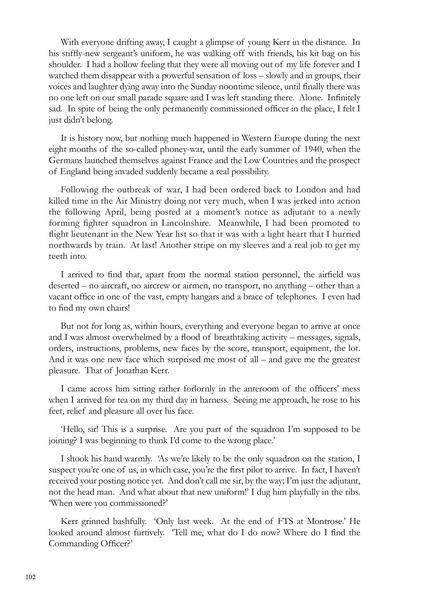