Unique among books about the B-24 this volume seeks to show the units that operated it rather than the ‘nuts and bolts’ view usually given. Following in the footsteps of the previous titles in the In Focus series, this visual history of the B-24 makes spectacular use of over 350 high quality wartime images, many previously unpublished, to illustrate each group in turn. Four pages of colour side views by the author Mike Bailey provide colour reference to the different schemes worn by B-24s in Europe.

The aircraft featured in this book were all based in Norfolk and Suffolk. This area was known during the war as ‘Little America’ and there are many references to towns and villages in these counties. The city of Norwich is the epicentre of interest in these aircraft and units and recently opened a multi-million pound ‘Memorial Library’ to the memory of the Americans who were based in Norfolk and Suffolk.

As a boy author Mike Bailey climbed over fences to see his American airmen friends and their aircraft. His friends and the planes have been gone these past 60 years, he has never lost that boy-hood enthusiasm. He is now the acknowledged expert on ‘his’ planes and often appears on BBC Radio Norfolk and in local journals where he will be publicising this book. 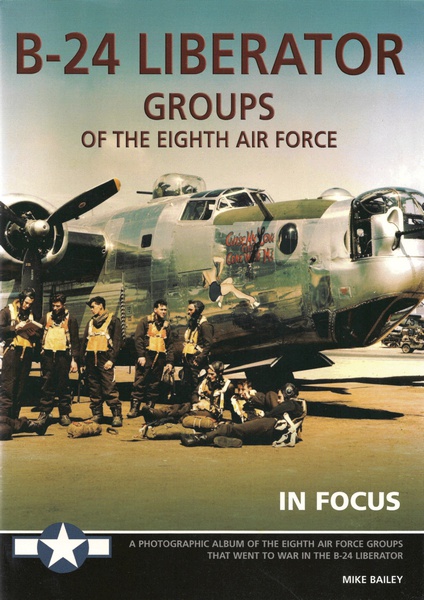