The series will run to around 18 Volumes.  This Volume covers the period from 9 – 13 August 1940 when the fighting grew to a new level with the spectacular combat over Portland on 11 August which saw nearly 30 aircraft shot down over Weymouth Bay and then the launch of Eagle Day on 13th August. 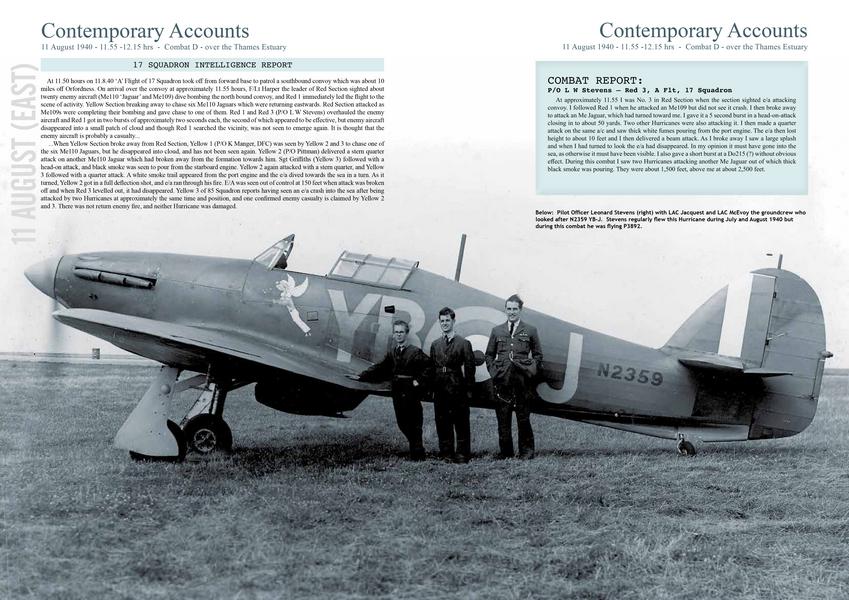