Join the most exciting Battle of Britain project ever!

Never before have the aerial combats of the Battle been chronicled. True, there are hundreds of books available about the aircraft, the men, the tactics and the casualties - but when it comes to the actual fighting remarkably little is available.

Simon Parry and Mark Postlethwaite, owners of Red Kite, have created an entirely new concept to clearly illustrate each combat.

Each day is broken down into the individual engagements that took place, hour-by-hour.

· A map showing where the combat took place, the forces involved and where aircraft were shot down.

· Listing of RAF and Luftwaffe Casualties.

A key new feature is the information from the RAF Casualty files. These documents have only recently been made available by the Ministry of Defence, and add a remarkable new level of detail to the RAF casualties.
Still in the process of be released, the reports are often published here within months of becoming available.

Some of the information does not make for easy reading, or present a pretty picture of events. The extent of ‘over-claiming’ on both sides is clear to see, as are the accounts of ‘friendly fire’, the failings of the controllers and the lack of air-sea rescue to save downed pilots.

In their own words

No ‘third-party’ accounts are included. Every report is reproduced as it was written by the pilots themselves or the Intelligence Officers. Their words bring the events they had witnessed just hours before to life in a way no modern commentary could.

Bringing the Battle into the 21st Century

Books on the Battle have become ever more academic and ‘dull’. The Battle of Britain Combat Archive brings the colour back with dozens of specially commissioned artworks and profiles of the aircraft. Artist Mark Postlethwaite has designed a full colour format to make each page and table easy to understand.

Volume 8 will cover the dramatic days of 30 and 31st August, leading us a fitting half-way point in the Battle. After this we expect the series to run for at least another six volumes, possibly eight, depending upon the material that we unearth for October.

To see sample pages and to read more specific information about each volume please browse the individual product pages for Volumes 1-7 on this website. 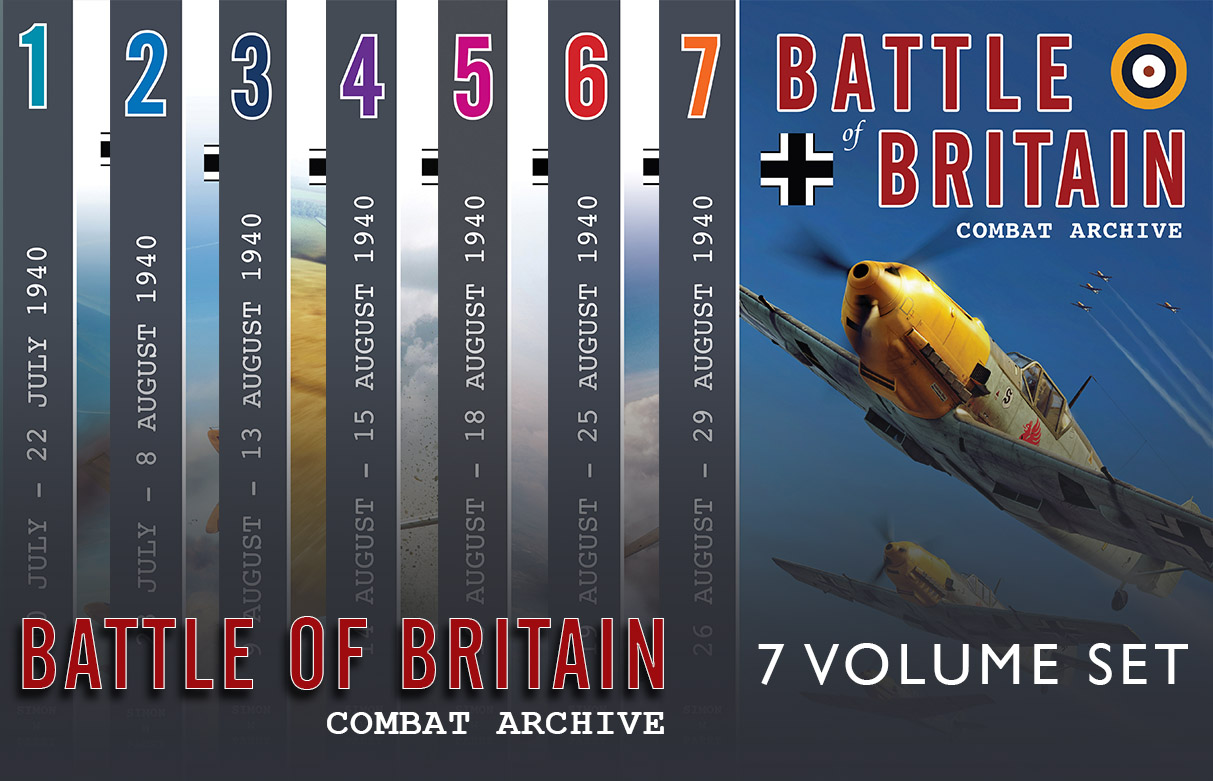