The streamlined profile of the Do17 made it instantly recognisable in its many guises in the skies over Britain. Nick-named ‘The Flying Pencil’ it is best known to the public as one of the principal Luftwaffe bombers of the Battle of Britain and later the night Blitz, but they were also used for reconnaissance and even as night fighters. This visual history of the Do17 and the units that used the Dornier makes spectacular use of over 250 authentic wartime images, many previously unpublished, to illustrate the units that used the aircraft and the operations it flew. Extended captions, details of bases, marks of aircraft used and code letters complete a visually stunning tribute to the Luftwaffe’s famous bomber. The stories of the men who flew it are represented by first-hand accounts.

Chris Goss needs no introduction to the aviation book buyer. Author of many books, compiling this work gave him particular pleasure as it gave him the opportunity to renew his acquaintance with the Luftwaffe’s bomber. Never one to rest on his laurels, Chris set about gathering new images from ex-airmen and veterans associations to illustrate this book. 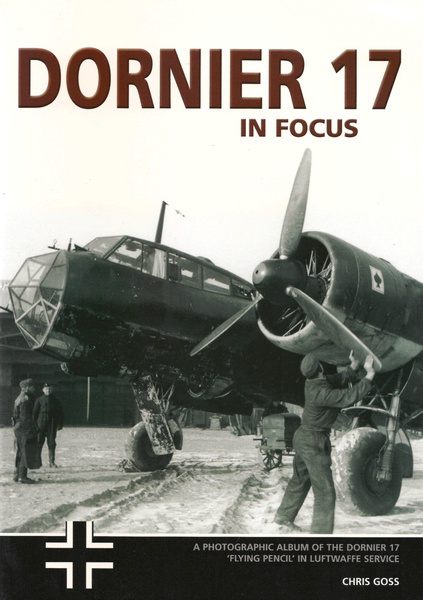