Following the success of his first ‘faction’ book, Battle of Britain fighter Ace Tom Neil presents three more fictionalised stories based on real events that could not be told in his biographical works.

Questions of Guilt tells the story of an emotionally exhausted fighter pilot being pushed to the limit by the responsibilities of command and his guilt at shooting down a fellow pilot in a tragic accident.

Jamie Bell is the essentially true story of a well known Battle of Britain fighter pilot who found life out of the cockpit more difficult to cope with than in the air.

An Escape to Tragedy is another story of a Battle of Britain ace who died in an inexplicable crash at the very end of the war. As the story unfolds, the moving and tragic facts behind the crash are revealed.

Tom Neil uses his wealth of experience as a wartime fighter pilot to put the reader in the cockpit as he weaves this series of page-turning stories. As with his previous book ‘Flight into Darkness’ the new tales often have a Roald Dahl style unexpected twist to them, that leaves the reader guessing to the last paragraph. 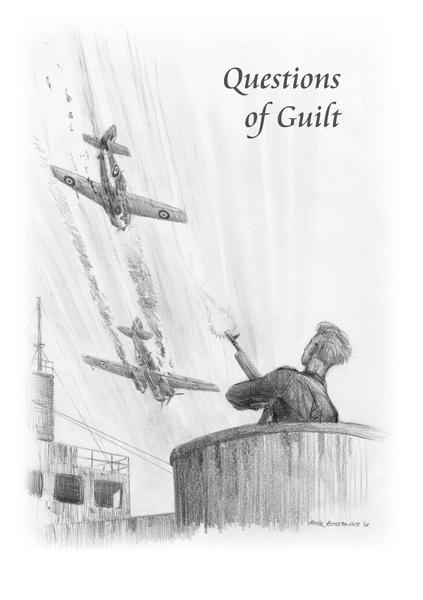