Australian historian Ron Ferguson has focused his attention on the He219 for many years. The aim of this book is to dispel the many myths that surround one of the Luftwaffe’s most advanced night fighters.

As its subtitle ‘A Research Paper’ suggests, this volume is a scholarly work that probes some lesser-known aspects in great detail and is not an entry-level general history of the He219. It lists and corrects the many errors found in earlier books as well as providing new and definitive information.

An Australian aviation historian, Ron has spent many years exploring aircraft of the Luftwaffe – and in particular the He219. An acknowledged expert in his subject, he has worked with many fellow historians around the world. 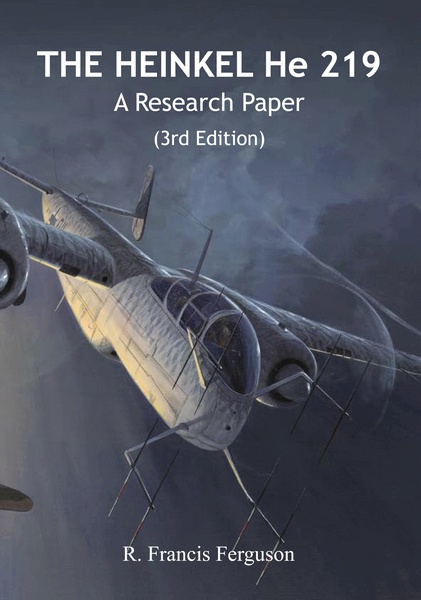